skip to main | skip to sidebar

As Teri mentioned in the last blog we decided to take the "other" RV site this year. One advantage that it offers is a larger open area in front of the trailer, and that means more room for bird feeders!

We put out black oil sunflower, thistle, and our peanut butter log. This log was made from an oak branch from our old home in Elgin, and is at least 25 years old. It is such hard wood that even the most determined squirrels from around the country have been unable to destroy it! 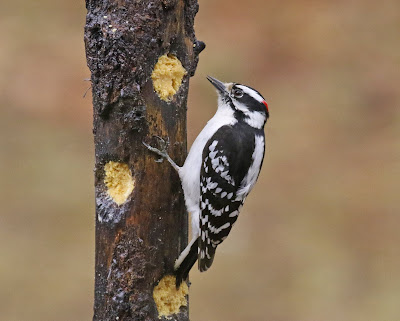 A pair of Downy Woodpeckers found the peanut butter mixture almost immediately and have been steady customers. Last year we had the slightly larger Hairy Woodpeckers so we'll see if they make an appearance. 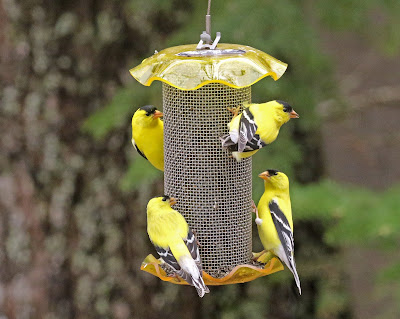 Our most numerous visitors have been American Goldfinches. We've seen as many as 25 of these beauties at once, and they love the thistle seed. The four in the picture above are all males in their breeding plumage.

Pine Siskins are another bird that loves the tiny little thistle seeds. They are not as numerous as the Goldfinches but show up now and then. 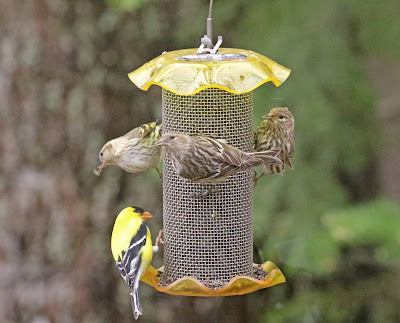 Not long after we'd put up the first three feeders we had a hummingbird look into our window. It was as if he was saying "Hey, what about me??"  So we immediately added a hummingbird feeder to the lineup and we've seen as many as three Ruby-throated Hummingbirds. 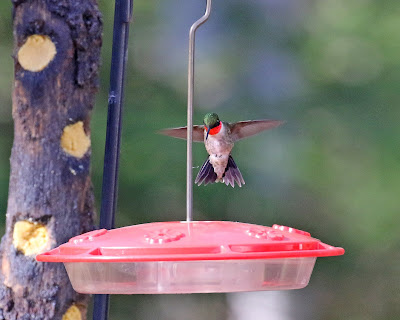 We also enjoyed a short visit from a Black-throated Blue Warbler who was either confused or just liked sugar water. 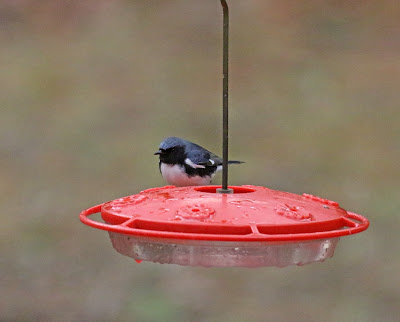 We had been seeing reports of Orioles arriving in Maine, so decided to put out orange halves as they are fruit eating birds. Within just a couple of hours of putting them out we had a Baltimore Oriole. It is amazing how quickly these birds find the food. 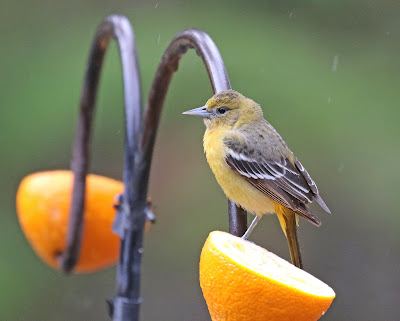 At the rate this bird is eating, we'll be lucky to get more than a couple of days out of each orange! 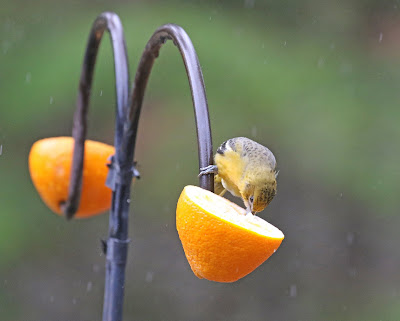 It seems like you can't have bird feeders without attracting squirrels. We've got two varieties here, the Gray Squirrel and the smaller Red Squirrel. They too found the feeders almost immediately! 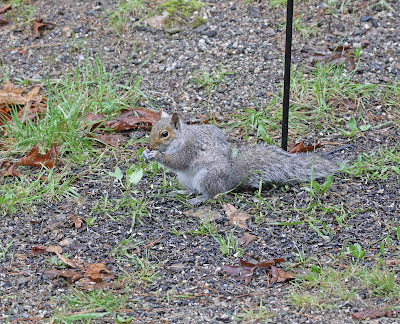 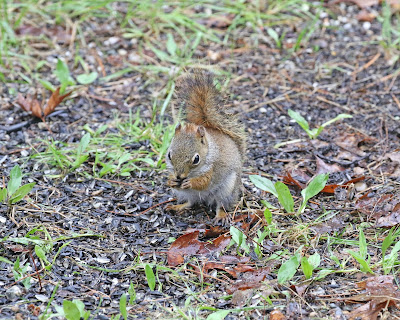 We take the feeders in every night to prevent raccoons and (heaven forbid) bears from messing with them. So far, so good!
Posted by Mark & Teri at 8:32 AM

Where are we now?

We are in Texas.
Not volunteering at this time.

Mark & Teri
Retired and on the road in our RV.